Located in Togliatti LLC "PSA vis-Auto" (previously ZAO "vazinterservis") was organized in 1991 working with database 1953 years of mechanical-repair plant and initially specialized in supply JSC "AVTOVAZ" of various components, the range of which for today exceeds two hundred titles and includes components of steering and braking systems, transmission, suspension, the heating system of the cabin. In 1993 the company produced the first batch of pickups, which is widely used for body parts and units of VAZ-2104. Then we developed our own polurama model vis-2345, manufactured at the units of the sedan VAZ-2105, and later LADA 2107. Then in the series went to a cargo model of vis-2346 on the basis of the VAZ-21214 and vis-2347 on the basis of the VAZ-2109/ 2114 LADA Samara. With the aim of increasing the production of vehicles in 2000, the company acquired a new building in which has created a single complex in the composition of the plant vis-Auto and chief designer service, bringing together associated with the manufacture of pick-up units, including those that prepare production and the development of new models. In 2003 ZAO "vazinterservis" included in the "group of JUICE", and in mid 2011 years was transformed into an LLC "PSA vis-Auto" in the composition directly AVTOVAZ. The successors of the traditional series (a series 2345 produced spring 2011 year and a series 2347 – until early 2014) remain pickup truck and the van vis-2349 at units mass of the model Granta. All the produced pickups with 2013 years certified in compliance with environmental standards Euro-4. In 2016 "vis-Avto" has made 1561 pickup two models (+24%), including 368 four-wheel drive units vis-2346 1193 front wheel drive units vis-2349. Sales of pickups with the vis Jan 2013 year considered in conjunction with the release of LADA models, but according to "AUTOSTAT info" in 2016, amounted to 1258 units (+39.5 per cent). In addition, Mar 2014 year capacity "vis-Avto" produces armored vehicles and all-terrain vehicles "PSA "BRONTO".

A family of four-wheel drive pick-UPS vis-2346 created on the basis of units and aggregates of SUV VAZ-21214, from which is also taken the front part of the body. The full weight of the truck with side platform size mm 1840х1600х400 is 1950 kg, carrying capacity: 490 kg machine Length – 4440 mm, wheelbase – 2850 mm. In the same dimensions produce five-seat modification of the vehicle with the extended-crew cab – length side of the body in this case is reduced to 1210 mm. Under the hood is a standard for any Niva 1.7-litre petrol engine capacity of 83 HP, upgraded under the Euro-4 standard. The drivetrain consists of 5-speed manual transmission and 2-speed transfer case (upgraded in the first half of 2013). Front suspension spring, rear – spring. Pickup produce plastic top, in this case, the useful volume of the body in the modification standard double cabin is 3.2 m3, and the modification extended cab – 2.5 m3.

Pickup of the family vis-2349 performed on the base front-wheel drive sedan Granta. The typical model for "vis-Avto" polutemnoy scheme proposed in the open side platform side platform with plastic top (capacity 3.3 m3), and also with installed on the chassis of the manufactured goods or isothermal van, by the way, extended to 2140 mm – capacity increased to 3.9 m3. Enhanced few-leaf rear suspension allows you to carry up to 720 kg with Front suspension by MacPherson struts. The truck is equipped with 4-cylinder inline petrol engine in volume of 1,6 l, capacity of 87 horsepower, which agregation 5-speed manual transmission. Power steering electric. 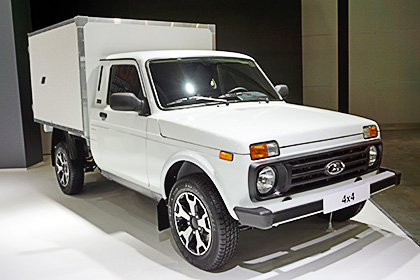 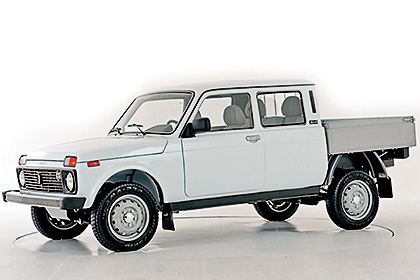 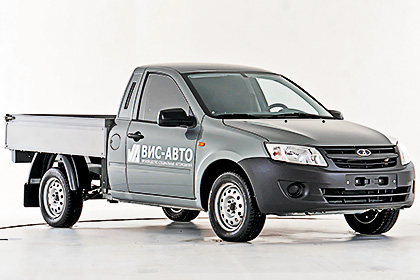 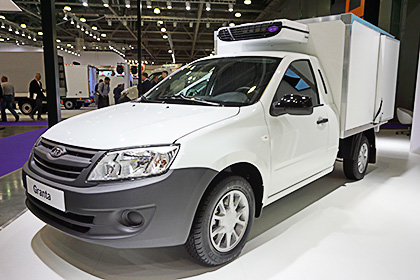