Renault, one of Europe's leading manufacturers of passenger and light commercial vehicles, traces its history back to 1898. Today, the company is part of the Renault Group enterprises, the members of which has now become Dacia, Samsung and the Russian AVTOVAZ. For the production of medium-duty and heavy-duty trucks responsible branch of Renault Truck, part of the Volvo Group.

In Russia, the Renault represents interests of JSC "Renault Russia" (before 2014 – "Avtoframos"), established in 1998, the French manufacturer, and the government of Moscow on an equal footing. "Renault Russia" is engaged in the promotion and coordination of sales of all range of passenger cars and light commercial vehicles the company, including commercial and utility model Kangoo, Trafic (in Russia – only a minibus Passenger, see "Buses") and Master. Model Kangoo served as the "donor" when creating a new MB Citan van (see article Mercedes-Benz). In 2016, the Russian sales of Renault LCV 591 units (-58,5%).

Family Renault Traffic due to low demand is derived from the Russian market, and the model Renault Kangoo preserved only in the form of... electric vehicles Kangoo Z. E. For the first 9 months of 2017, sold only 173 units. (-65,5%) Renault LCV, as the Kangoo van is almost gone from the market (implemented only one electric vehicle Z. E.), and the new Dokker Van on the market has not yet emerged. So that the basis line remains LCV Renault series Renault Master, upgraded in 2014. It is offered in FWD and RWD versions 4LH3 in combination with increased to 4.5 t carrying capacity. However, that appears, in 2016 all-wheel drive option, electric Master Z. E., which debuted at the motor show in Brussels, we will not fall.

But at the end of 2017, the range of LCV of the brand Renault has bouderbala expanded model Dokker 2012, which, actually, is produced under the brand Dacia, but for our market we have grown accustomed to the Russians, the French brand. The complete set of Renault Dokker in passenger and commercial (Van) versions corresponds to the "Eastern European" package with only the petrol 1.6-litre engine and only a 1.5-liter diesel engine combined only with 5-speed manual gearbox. "Pseudorasbora" version of the Dokker Stepway with plastic bodywork on the perimeter of the body, the roof rails and exclusive finish exterior and interior to our market until falls. 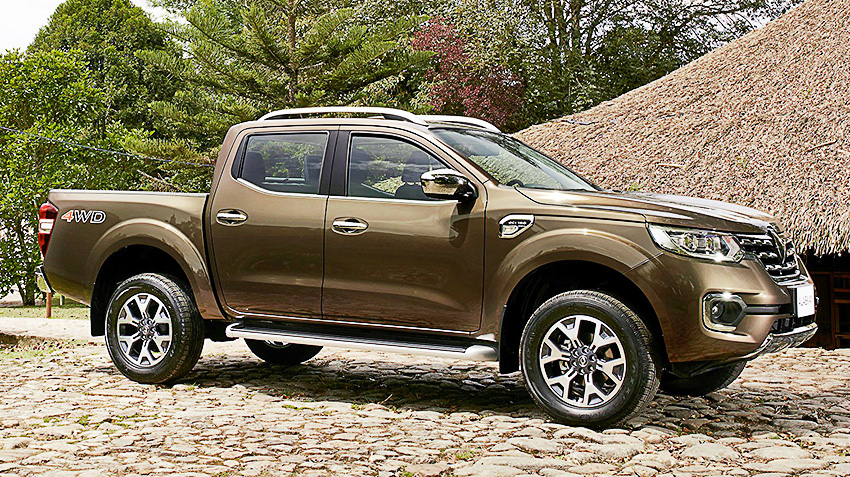 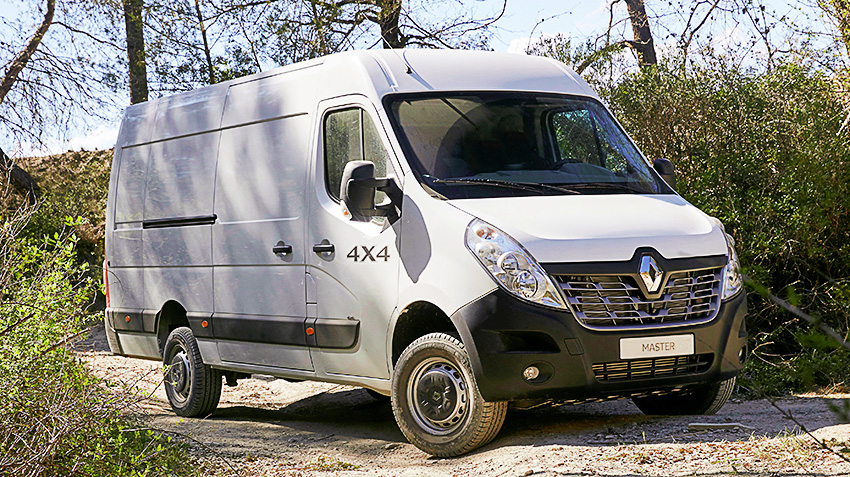 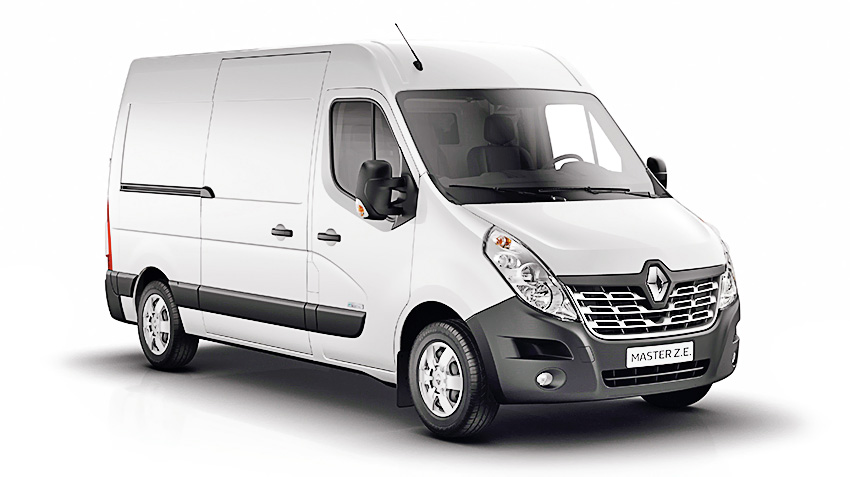 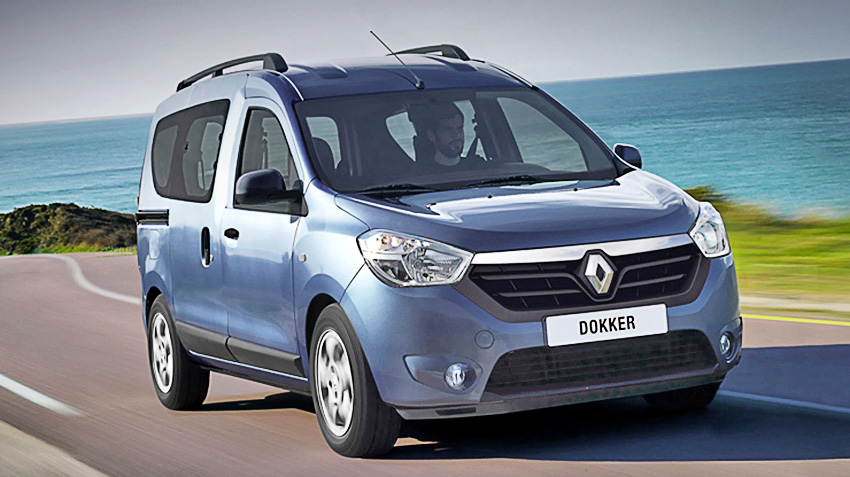 At the end of the 2017 range of Renault LCVs in Russia complements the van Dokker Van manufactured by a subsidiary... Dacia in Morocco

The only version of the compact delivery van Renault Kangoo, produced since 2008 and the last restyling in 2013, the Russian market remained electric Kangoo Z. E. version of the Fourgon blind side srednevekovoi proposed in (2697 mm) and long-baseline Fourgon Maxi (3081 mm) with cargo Kombi – only long. Sliding side doors can be one or two. Rear – hinged doors. Overall dimensions of the car – 4213(4666)х1829х1844х mm., the Volume of cargo compartment on a short van 3,0/ 3,5 m3, for Maxi – 4,0/ 4,6 m3, and the version of the Kombi is from 1300 to 3400 L. the Maximum allowable weight for Fourgone – 2126 kg for the Maxi – 2175 and for Combi – 2300 kg, respectively, the useful load is 625, 595, and 599 kg. the electric Motor develops maximum power of 44 kW (60 HP) and ΜM=226 N·m. Transmission is a single stage reducer. Li-ion battery nominal capacity of 22 kW·h. full charge Time – 11 a.m. Maximum speed – 130 km/h nominal cruising range in NEDC – 170 km, but the actual in the suburban mode – 125 km in the warm season and 80 km in the cold season. Brakes all wheel disc, ABS and brake assist AFU is included in the standard equipment. In addition, a stabilization system stability ESP, and assistant (assister) when starting on the rise Hill Start Assist. The salon equipment includes: driver airbag, air conditioning with air filter, diesel Parking heater, heated front seats, many functional pockets for all-day comfort, and an MP3 radio with AUX and Bluetooth. Surcharge is possible to install a PB passenger and side airbags, a cargo compartment on the wagon can be separated as a screen, and deaf dividing partitions, and the Combi is equipped with a protective grate of the Luggage compartment. The option package includes: cargo net-envelope and(or) the mesh on the bottom of the trunk, transverse arc smashing, roof open or closed (total volume 480 liters) types, tow bar, DVR Carmega VRE-135 and other. Includes specific electric accessories like charger for 220V and a sound signal for pedestrians (at low speeds).

Selling the upgraded models of the family Master with a new grille and updated interior began in Russia in the autumn of 2014. In Russia, delivery vans Renault Master is offered in versions L1H1 with GVW of 2.8 t to L4H3 full weight up to 4.5 t, with front-wheel and rear-wheel drive, with a wheelbase of three options (3182, and 3682 4332 mm), five different heights of the roof (internal body height of 1.7; 1.9 and 2.1 m front wheel drive versions and 1.8 and 2.05 m – in rear-wheel drive), with three variants useful length of the cargo compartment (2,58; is 3.08 and 3,73 m), which provides seven different volume options: front wheel drive – 7,8; 10,3; 11,7; 12.5 and 14.5 m3, in rear-wheel drive – from 11.8 to 15.8 per m3. Side doors in the base three, the fourth (from the left) is set to order. Basic – with a solid metal partition between cabin and cargo compartment, and an extra charge possible various options or even a absence, and the glazed doors and side panels. Under the hood is a four cylinder diesel with SOPMOD rail volume of 2.3 liter capacity of 125 or 150 HP transmission – 6-speed manual. Fuel tank – 100 liters, ground clearance – mm. 169-186 Front suspension independent coil springs, rear – dependent spring. Both axles with stabilizer bars. Brake mechanisms of all wheels disc with ABS, brake system an integrated electronic brake force regulator of EBV and emergency braking system. 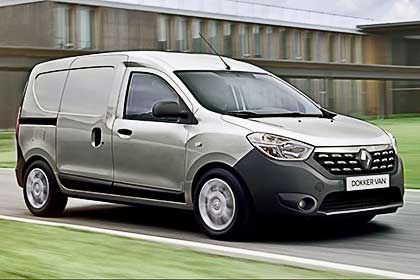 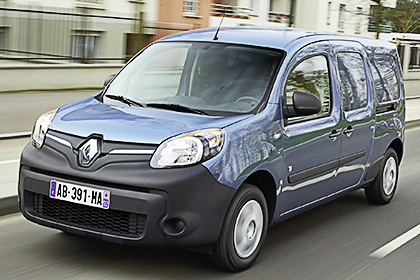 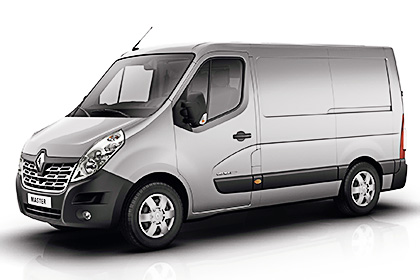 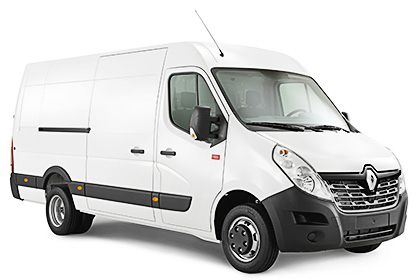